Early March saw the official launch of the Australian Federal Government’s voluntary National Plastics Plan (NPP), with targets including the phasing out of polystyrene (EPS) consumer packaging and an undertaking to make all plastics packaging reusable, recyclable or compostable by 2025. Under the 2025 Targets, cups and food packaging made from polystyrene will be banned by December 2022. Recently, companies such as McDonald’s restaurants decided to stop providing plastic straws, and Coca-Cola in Australia has also announced it’s moving to 100% recycled plastic for frozen cups and lids, removing problematic polystyrene from its cold drink portfolio by the end of 2021. However, the prohibition and restriction measures at this stage have not effectively ameliorated the white foam pollution. In the long run, recycling waste polystyrene foam is the efficient solution for the Australian government to solve environmental pollution and develop a truly circular economy. 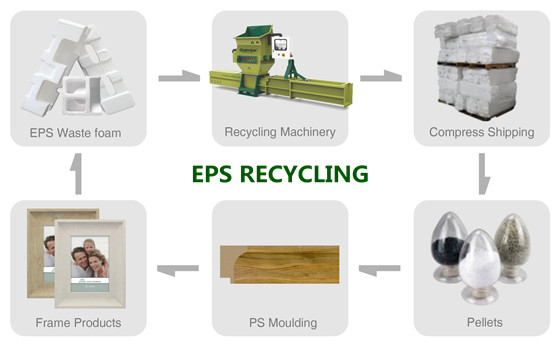 “From plastic bottles to polystyrene packaging and plastic consumer goods, we are creating mountains of pain for the environment and wasting potential assets that can be used to make new products,” Sussan Ley said, the federal Environment Minister. It's time for all Australians to consider how polystyrene packaging has become a part of their daily lives and find ways to recycle them.