INTCO Recycling, located in Auburn NSW, Australia, is the leading provider of renewable polystyrene foam (EPS) solutions, and has been dedicated to providing customers across Australia and New Zealand with integrated polystyrene recycling solutions for more than 10 years. 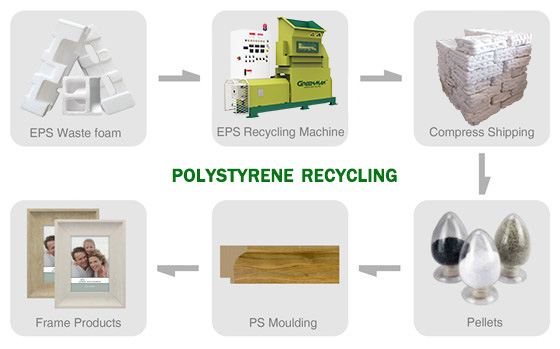 In Australia, about 45,000 tonnes of polystyrene is created and consumed each year, about 40% (or 18000 tons per year) are recyclable after being in disposable containers or short-term packaging, but only 29.7% of the polystyrene used in packaging is recycled, the majority of waste polystyrene goes to landfill and became the “White Pollution”. There is an urgent need to improve the recycling rate of polystyrene to make Australia “Green” again.