What does Australia's Waste Export Ban Mean for Polystyrene Industry?

According to the Environment Government Australia, from 1 July 2021, if you are involved in the waste plastic industry, you must have a license to export waste plastics that have been sorted and further processed, for example, into plastic particles. By mid-2024 when the full waste export ban comes into effect, Australia must recycle around 645,000 additional tonnes of waste plastic, paper, glass, and tires each year. For the ban to be effective, a lot of things need to go right for the polystyrene industry. 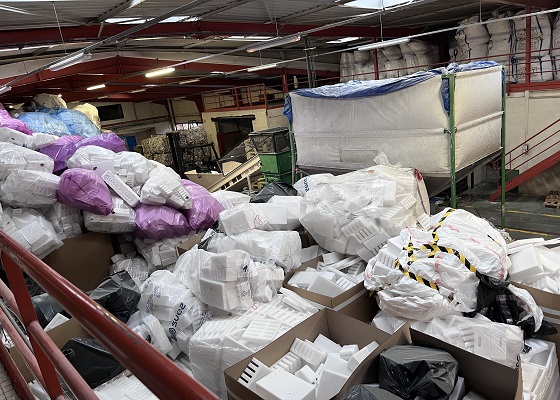 Although the export ban on sending mixed plastics overseas for recycling comes into effect on July 1, it could see recyclable items such as polystyrene sent to landfills. Actually, polystyrene is composed of 98% air and can be totally recycled by a professional polystyrene recycling machine. Transporting waste polystyrene to landfills requires high transportation costs and a huge waste of potentially valuable resources.

"We don't want this plastic to go into landfill, there's no need for it to go into landfill,” said Environment Minister Sussan Ley, who has questioned the industry's claim it is not prepared for the plastic export ban.  It’s far better to prevent waste polystyrene into landfills to reduce the generation of waste in the first place.

Holding the Principle of “waste-to-energy”

Holding fast to the principle that “waste-to-energy” is just a last line of defense against landfills for waste materials with no current or potential future value. But waste polystyrene is a misplaced resource since it can be recycled and reused as mentioned above.

Once it is squeezed out of the air inside with a professional recycling machine such as Polystyrene Compactor, the bulky polystyrene waste will become a dense compressed block, which is convenient for storage and transportation, and further processed and pelletized into new products such as photo frames and mirror frames, realizing the rebirth of waste.

As Ms. Ley said, "Consumers have every right to expect that what they put in the recycling bin gets recycled." The Polystyrene Compactor will be a good hand to realize the true recycling of polystyrene waste.

So far, plastic waste sorted into single resin or polymer types can be exported for another 12 months, if exporters are granted a license by the federal environment department. But next year that too will be banned, with only plastic that has been sorted and processed into another material eligible for export. Our waste and recycling industry will need to capture more recycling materials and to do so cost-effectively. 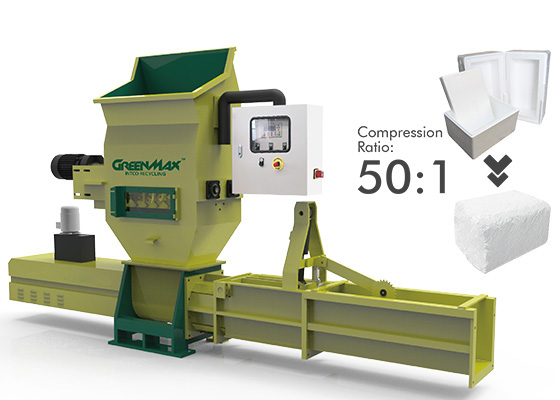 For polystyrene manufacturers or recyclers, if you initially compact your large-volume waste polystyrene through a Polystyrene Compactor, and then apply for an export license, you can still dispose of your polystyrene waste normally to reduce costs and obtain additional benefits, since the compressed polystyrene blocks occupy less space and can be sold at a reasonable price to regenerate new products.