Polystyrene products are now very common in all walks of life in Australia, such as disposable food containers, delivery boxes, insulation boards and so on. According to the data from Australian Plastics Recycling Survey, about 23,500 tonnes of polystyrene products have been comsumed nationally in 2015-16. 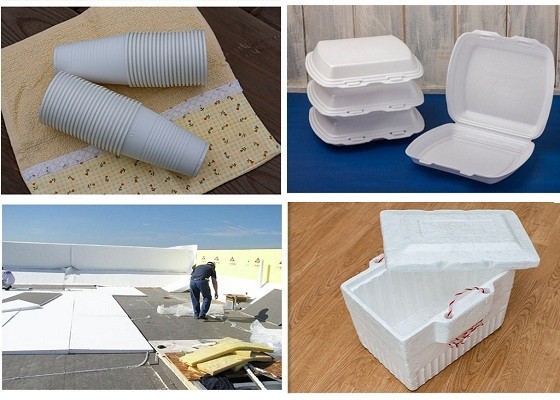 Fortunately, with the popularity of polystyrene being 100% recyclable, more and more polystyrene products have escaped the fate of being thrown into the landfills or incinerated after one-time use, and have begun a journey of rebirth to be recycled and reused. In recent years, Australian local councils have taken the lead in developing polystyrene recycling projects, and various recycling activities have blossomed in Australia.

Another good example is the Sydney Fish Market. As a fishing port and a tourist attraction, a large number of seafood products are consumed every day in the market, the polystyrene fish box used for packaging is often in pile up after one-time use. Considering that landfill incineration will have a bad impact on the ecological environment, and not conducive to the development of Australia's circular economy, the Sydney Fish Market has also started its journey of polystyrene recycling.

After adopting the polystyrene compactor, which is a polystyrene recycling machine specialized in compacting waste polystyrene such as wet, salted and soiled fish boxes into compressed blocks by screw compression technology, those bulky and smelly polystyrene fish boxes have became dense blocks and can be further processed into new products such as decorative frames.

In this way, a large amount of polystyrene waste no longer requires storage space and high transportation costs. It can be processed on-site with the help of polystyrene compactor, and the compressed polystyrene blocks can also be sold to recyclers at a reasonable price, which is the perfect solution to reduce costs and increase profits.

If you are also involved in polystyrene recycling business, or want to contribute to the development of Australia's circular economy, polystyrene compactor will be your right-hand man.