According to the New South Wales Government, tens of thousands of new homes planned for construction south-west of Sydney and across the Illawarra over the next decade. At that time, a large number of polystyrene waffle pods will be put into use, while how to deal with the waste polystyrene waffle pods that are now being discarded in the natural environment has become a headache for the government. 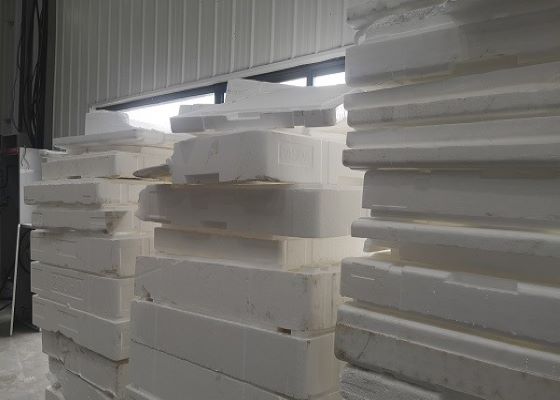 Waffle pods are polystyrene blocks used by the building industry as void fillers in concrete slabs. Polystyrene waffle pods reduce construction costs and the amount of concrete required and can help with insulation. Because they are lightweight, the blocks are easy to store and work with, but they are also vulnerable to being blown away in strong winds, exposed in the natural environment causing white pollution. 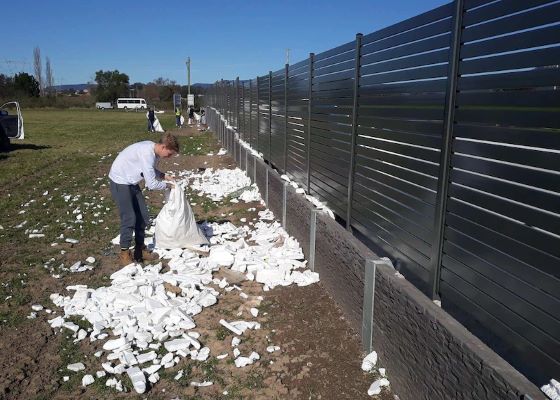 The above picture shows the broken waffle pods caused a major pollution problem and clean up for the community and Wollongong council in 2019. How to prevent these discarded polystyrene waffle pods from flowing out of factories or trash at the source, and whether they can be collected for centralized processing and recycling, is a question worthy of consideration by any Australian citizen with environmental protection awareness.

In fact, polystyrene waffle pods that have been used on construction sites are 100% recyclable, since they are made up of 98% air. As long as the air is squeezed out with a professional polystyrene recycling machine, the original bulky waffle pods will be compressed into dense blocks with high-density, not only will they not be easily blown away by the wind, but it is also convenient to reduce the storage and transportation costs of the factory. Moreover, the recycled polystyrene block can also be sold to recyclers for further processing into photo frames and other products to get its rebirth. 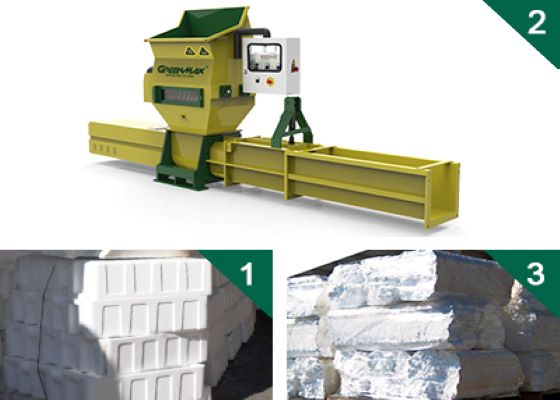 Now let’s go back to our original topic, how to prevent the discarded polystyrene waffle pods from flowing out of factories or trash at the source - the answer is to collect them first and don’t discard them randomly, and then equipped with the GREENMAX Polystyrene Compactor to recycle and then further processed into new products. This will not only completely solve the white pollution problem but also develop Australia's circular economy and achieve a win-win situation.